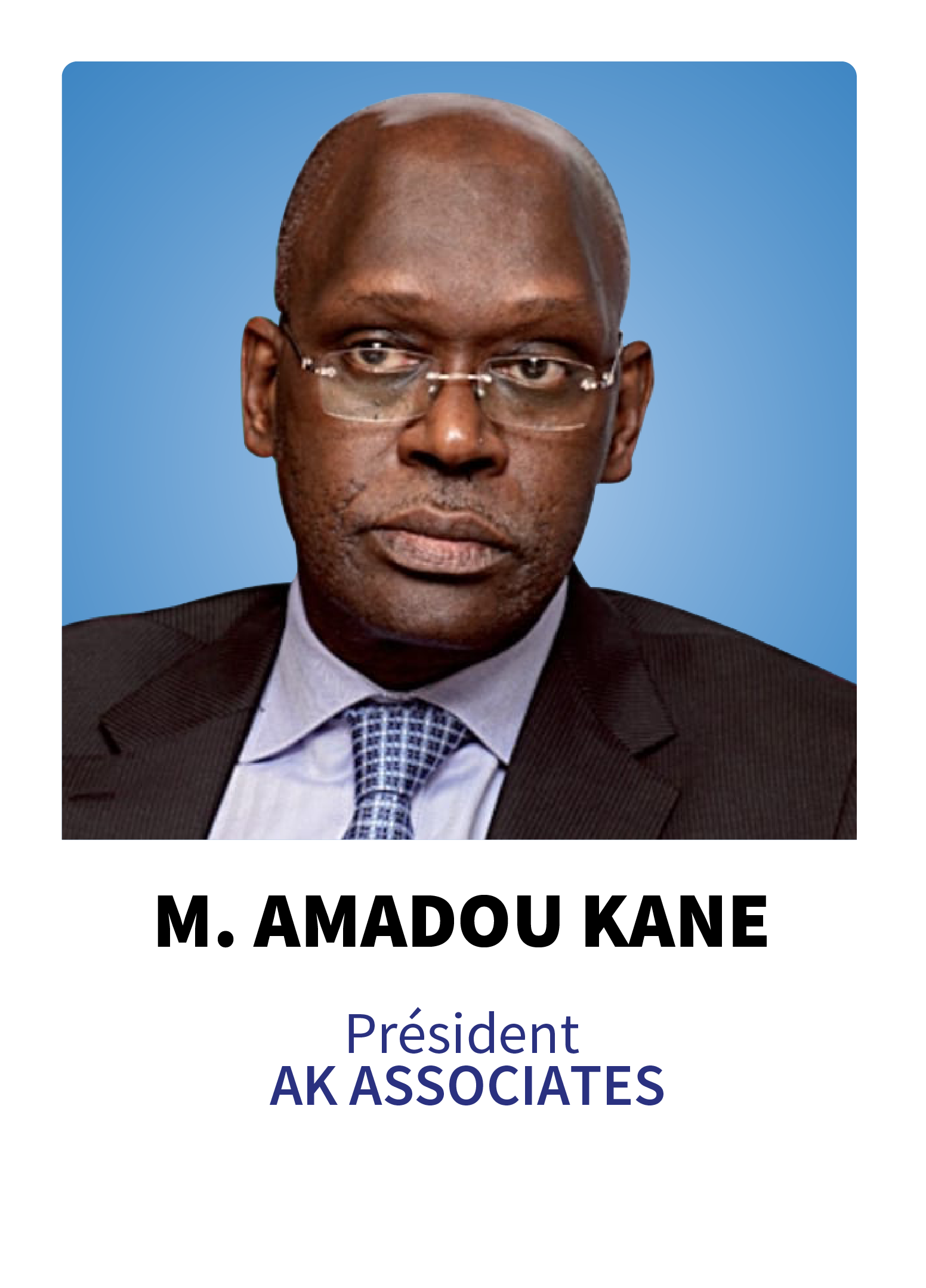 Amadou Kane is an economist, banker, finance specialist and former Minister of Economy and Finance in Senegal.

Mr. Kane's career began at the Union des Banques Arabes et Françaises (UBAF) in Paris, where he worked from 1981 to 1990 as an economist, then risk analyst and finally sales manager for the sub-Saharan Africa zone.

It was in 1990 that he joined the West African Development Bank (BOAD in Togo) where he was successively in charge of the Finance Department and that dedicated to financing the private sector. He left Lomé in 1995 for his native country to manage BICIS bank, a local subsidiary of BNP Paribas. After 10 years at the head of this entity, the international banking group made him, in 2006, the first African man Head of the Department in charge of steering and supervising the BNP Paribas network in sub-Saharan Africa and the Indian Ocean.

In order to make operational the AFRICA50 project of which it was the incubator, the African Development Bank (AfDB) called on Amadou Kane where he became Special Advisor to the President from 2014 to 2016. He was then in charge of fundraising and the launch of Africa50, a 3 billion US dollar fund dedicated to financing African infrastructure.