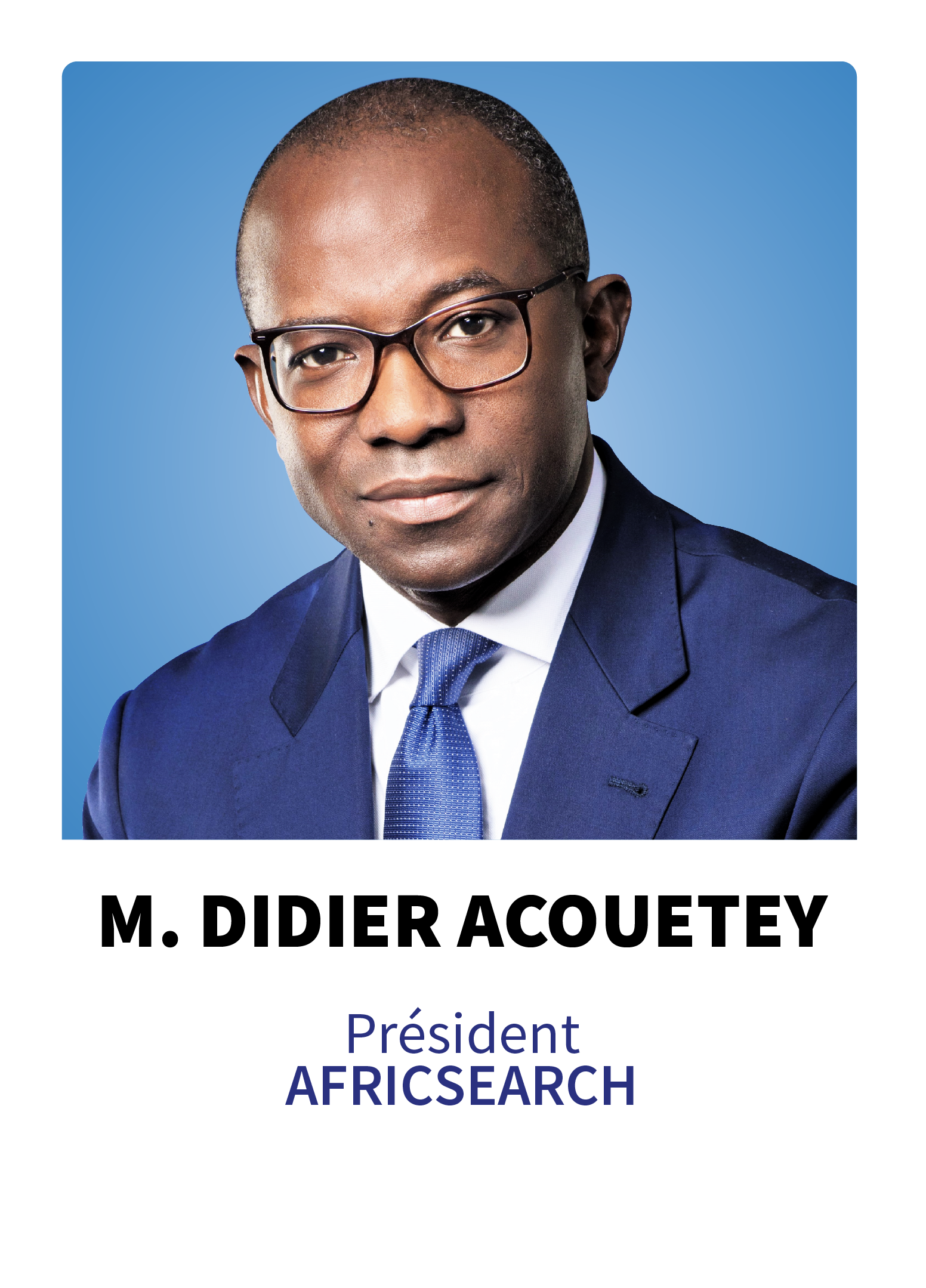 Didier ACOUETEY is the President of the AfricSearch Group, which he founded in 1996, the first international firm specializing in the detection of talent and the development of human resources for Africa.

At the heart of the continent's transformation challenges, it supports the private sector in its resource mobilization strategy and the States in their capacity building policies.

It is in this context that he has been one of the initiators since 2012 of investment forums between Africa and Southeast Asia and co-founded the first Africa-Asia Chamber of Commerce Southeast based in Singapore.

Administrator in various financial institutions in Africa, Didier ACOUETEY is also a columnist for Radio France International (RFI) on the challenges of creating and developing businesses in Africa.

Holder of an MBA from the Ecole Supérieure de Commerce de Paris, two postgraduate degrees in International Trade and Industrial Marketing, he has participated in several high-level development cycles in management in various international universities including Harvard Business School.